I can never thank God enough for sending me this work to do for Him and for all the inspired, prayerful and unique souls who have also been called to use their gifts and love, to enrich others lives.  Over all these years I have kept many treasured memories and keepsakes. Looking through the archives I found a precious letter written by Sister Mary McEvoy. She had just set up a group in Islington but sadly she was killed, crossing the road at Kings Cross one morning.  She was on her way to the 7.30am Polish Mass. In her last letter to me, she closed it with these words “This is the Lord’s doing and it is marvellous in our eyes”. I really could not find more appropriate words to conclude this 30th Anniversary reflection.

The History of Life Ascending

From the French “Vie Montante” or Life Ascending Movement to its roots in the UK and the growth of a national Christian Spiritual Movement with groups and members across the UK.

1952 André D’Humieres met with other retired parishioners to pray and they later formed individual groups of prayer and reflection, in Paris 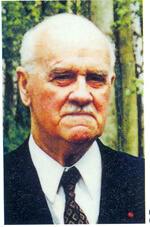 1996 Decree of Recognition received from The Pontifical Council of the Laity ‘ad experimentum’ for a period of five years.

2000 Two representatives from England together with 20,000 other older people attended Jubilee Celebration for the Year of The Older Person in Lourdes.

England is divided into five areas with a Vice-President for each area:- North-West, North-East, Birmingham, Westminster and Southwark with representatives from each area on the National Planning Team

2001 Sr. Margaret Brown is elected President: The Constitution is finalised.21st Birthday Celebrations with a four day Conference in Ripon.The Decree of Recognition from the Pontifical Council of the Laity is ratified/ European Conference held in Velehrad, Czech Republic

2002 The Constitution is amended in that the word Apostolate is changed to Mission. Fifth World Congress of Life Ascending International (LAI) at Bangkok. 10 Asian Countries also participated.

2003 Miss Bernadette Cantenot, the International President, together with Leon Cassiers, one of the European Presidents came to England to visit members of the Ascent Movement in London, Blackpool and York.

2004 European Conference held in Poland with the Theme: How can Vie Montante respond to the needs of retired men and women today?

/ Pope Benedict XVI addressed 400,000 members of the Ecclesial Communities and New Movements, including The Ascent Movement, on the Vigil of Pentecost in St Peter’s Square.

2006 Sixth International Meeting of Life Ascending International held in Lourdes from October 25th -29th. 80 people from 34 countries attended with the theme being ‘Seniors – A sign of hope for today’s world’.

2010 30th Anniversary of the Ascent.  Celebrations in York, Surrey, Maidstone and Welwyn Garden City.  International Conference in Canada ‘Life Ascending, a Witness in a World Crisis’

2018 Marie Ryde steps aside as National Secretary.  Fr Francis Kemsley becomes Prior of Aylesford and we can no longer use the friars for our retreats.

2020 A number of events were planned for our 40th anniversary year.  Due to Covid-19 every event had to be cancelled until further notice.  The retreats at Aylesford in June and Ilkley in October 2020 were cancelled.

2021 – 2022    Colin Blagdon, formally Stevenage group leader, agrees to become President as Ross Roberts steps down as President. Ross had served three years in the position.Unfortunately all meetings and gatherings ceased.  Maybe as 2022 progresses there will be possibilities to organise an event