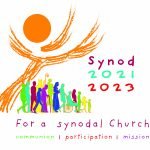 The title of the 2023 Synod of Bishops is “For a Synodal Church: Communion, Participation,
Mission.”  But why has the Holy Father, Pope Francis called for the synodal process

An explanation by the Roman Catholic Bishops of England and Wales

Pope Francis has launched a two-year consultation on the future direction of the Catholic Church.

The process will see every Catholic parish around the world asked for their views in a process which is seen as one of the most ambitious attempts at reform for generations.

Announcing the consultation at a Mass at St Peter’s Basilica on Sunday 17 October 2021, Pope Francis said:

“Are we prepared for the adventure of this journey? Or are we fearful of the unknown, preferring to take refuge in the usual excuses: ‘It’s useless’ or ‘We’ve always done it this way?”

Brenden Thompson, of  Catholic Voices told Premier what it may mean for the Catholic Church:

“It’s not a surprise as Pope Francis sees himself as a pope of reform, but also a pope of discernment. He’s a Jesuit. So this kind of worldwide discernment that he’s trying to bring about in the Catholic Church, this cultural change, this change of hearts and minds, is very much in keeping with the style of Pope Francis the Jesuit but also, Pope Francis the reformer.

“Pope Francis wants there to be complete freedom, he wants people to be heard.

“And that kind of facilitation, especially about tricky issues is going to be difficult. There’s going to be some heartache, but I also think there’s going to be a lot of joy in learning to listen to one another. Pope Francis is trying to lead this church as a church that’s leading with listening.

“Pope Francis has been clear that if you’re coming to this process with an agenda, you’re going to be disappointed. Of course, there’s going to be friction and frustration, because faith is so deeply held by people, there’s going to be a lot of passion. So not everyone is going to be pleased. And it won’t lead automatically to the kind of discernment that Pope Francis wants. There will be friction and tension – that’s like a family, the Church is a worldwide family. But how do you deal with those frictions within a family context? It can only be done with love.

“So I think it has every chance of being a success.” 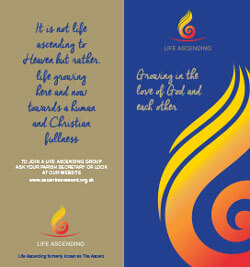